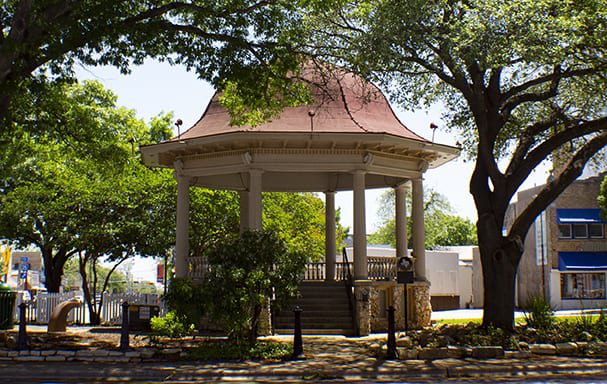 For Texans, New Braunfels is a well-known summer getaway. You can go tubing along the Comal River, racing down daring water slides at the Schlitterbahn waterpark, or boot-stomping at Gruene Hall, the oldest dance hall in Texas. Wurstfest, the town’s annual celebration of German culture, brings in about 100,000 people each fall. (The live polka and yodeling performances are a huge hit.)

For New Braunfels locals, the job market’s strong too, and employment in the city is projected to rise 17% by 2025. Thanks to booming tourist activity, local hotels, retail establishments and restaurants are the city’s top employers, though healthcare, construction and manufacturing boast a good share of jobs as well. Automotive company Continental just announced plans to build a factory in the city, which will add another 130 jobs to the area in the coming years.

Nestled in the heart of Texas Hill Country, New Braunfels is just a 35- to 50-minute drive to either San Antonio or Austin. Fortunately, real estate prices pale in comparison to its larger neighbors. Home prices in the town sit in the mid-$200,000s. Over in Austin? You’ll pay more like $360,000. — Aly J. Yale

Following its inaugural list of the Best Mortgage Lenders of 2020, Money – the digital destination for personal finance and news – announces its annual ranking of the Best Places to Live featuring 50 towns and cities where the economy, job growth, and housing market remained strong despite COVID-19 disruptions. This year, Money looked at towns and cities with a population of at least 25,000 and ranked the Best Places to Live putting the greatest emphasis on economic factors, like employment opportunities, as well as supply and demand for homes, cost of living, quality of schools, racial and economic diversity, and health and safety.

Money’s No. 1 pick for Best Places to Live this year is Evans, Georgia, which is brimming with good-paying jobs thanks to its proximity to Augusta as well as affordable homes, top schools, access to arts and culture, and a diverse population, which some residents attribute to its military presence. In June, Evans residents saw a low unemployment rate of 5.2%, which was well below the 11.1% national average. Evans also had the lowest cost of living of any place with similarly high-income levels. Parker, Colorado and Meridian, Idaho landed in second and third place, respectively. Both cities topped the list because of access to high paying jobs in the booming tech sector, a healthy economy, and remarkable proximity to nature and outdoor activities.

“This year, given the general uncertainty around where and how we’ll live, our list looks a little different,” said Prachi Bhardwaj, lead reporter of Money’s Best Places to Live. “We shifted our priorities to pay more attention to cities that aren’t just doing well now, but that show great promise and stability for the next five to ten years. We also included suburban towns situated further away from major metros and have more industry diversity than you’ve seen from our list in years past.”